What to look for when buying an LED online

Wattage isn’t the main focus when it comes to LED. LEDs are known to be light efficient, which means they use electricity very efficiently to produce light. Under laboratory conditions, LED lights are more than 150 lumens per watt in terms of efficiency. High-quality CREE lights up to 254 lumens per watt.

In comparison, a standard HPS lamp has an efficiency of 100 lumens per watt. It means that nowadays, quality LED lighting system can save the grower 50% on their electricity bill, compared to an HPS system: good for the wallet and the planet.

This is the amount of light that’s usable to plants. PAR is a measurement of light within the photosynthetic range of 400-700nm aka visible light. You measure PAR with a PPF meter and that shows the number for photons of light per second that actually make contact with your plants. You also have PPFD which mainly measures the density of light. 600-1000 PPFD is a good avg rage when looking for LED.

A big problem with the LED lights of the past was that they couldn’t produce a light intensity high enough to be viable for most cannabis growers. Traditionally, an HID bulb was the only solution to be valid. However, growers have found that with the new 5 watts LEDs, they can produce enough intensity to reach the equivalent of an LED bulb, and sometimes even exceed it. Some LED systems now display 10-watt diodes, making this a solution to be reckoned with from now on.

LED systems produce very little heat, to the point where you can almost touch them. It is again due to the absence of glowing filament. About 95% of the energy used by an HID bulb is wasted in the form of heat and radiation. Since LEDs don’t burn out, they don’t have this problem. That is why LED bulbs can be placed 30-45cm above the plants to prevent them from stretching too much. In comparison, HID bulbs should be placed 60-90cm above plants, to prevent them from suffering from the heat.

Another advantage of LEDs’ low heat output is that you don’t need to invest in an expensive cooling system. Especially in large-scale crops, where tens of thousands of watts often heat the building, the difference in the electric bill is a compelling case.

However, there is a downside to this lack of heat. Many growers – especially in colder parts of the world – use their HID lights to generate heat and keep the grow space at an optimum temperature. Having to feed another heat source to compensate for the heat loss caused by the use of LEDs can erase the expected energy savings. A combination of LED and HID may then prove to be the best solution in such situations.

That’s right – high-quality LED systems are still quite expensive. However, as with all LED products, this price can only decrease over time. It decreases every year, and we are only at the very beginning of the real revolution that LEDs will bring for lighting. Higher production volumes and the replacement of traditional light bulbs will lower prices.

However, with the energy savings and longer bulb life, they can help save money for growers who see the long term and have the money to invest. After all, utility bills and light bulbs to replace quickly add up to a pretty penny.

No matter what type of cooling system your LED grow light has, make sure it is of good quality. Poor quality cooling systems can quickly degrade the light from the LED lamp. So, it’s better to accept the higher upfront cost to save money in the long run.

A high-quality LED system can now cover the full spectrum of light needed to grow healthy cannabis plants. The main spectra needed during the life cycle of a cannabis plant are red and blue. Most quality systems have a mix of red and blue diodes to fulfill this role, and some allow them to be adjusted to the phase being grown.

What to look out for when choosing.

If you choose an LED lamp that has only red or blue light, it just won’t let your plants grow to their full potential as it would with a white LED light (also known as full-spectrum LED light). White LED lamps are closer to the entire LIGHT spectrum, so they are more similar to the sun than single color LED lamps. The red and blue LED lights don’t even get there.

What puts LEDs above is that they can produce maximum peak spectral output for precise color, which HID lamps cannot. It means that a quality LED provides a much better light quality than an equivalent HID. Putting cannabis plants under an LED light set to the appropriate spectrum allows them to photosynthesize under more ideal conditions than with HID bulbs.

In general, light can be used to successfully grow cannabis indoors from seedling to harvest between 420 and 730 nanometers (nm).

So, if you want to grow marijuana that will produce a successful yield, you need LED lights that incorporate and use the full-spectrum.

Now LED grow lights have not always been popular with cannabis growers. However, technology has improved, and so has LED lighting systems. Although they wouldn’t have been a sensible choice for cannabis growers five or ten years ago, they are becoming more popular each day. We can now find LED lights not only in the cannabis grow room, but also in cars, offices and homes.

Many people swear by LED instead of HPS lamp setups, claiming that these are a far superior and more energy conscious option. When you work with LED grow lights, you save energy, money, and time on operational management. LED lights are almost indispensable for growing cannabis indoors. Learn what to look for when buying an LED online for growing cannabis at home.

LED lamps use the electricity that flows through a semiconductor to create light. The energy is released by moving electrons inside the semiconductor. Previously, they were only available in red. Now, they are available in all colors, from ultraviolet to infrared wavelengths. Let’s look at the criteria for buying LED online.

Come join us to see what LED lights our growmies use. 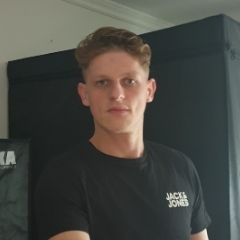 Gavin is a second-generation grower learning from his father before him, now stepping out into the world of LED growing and experiencing his first LED grow, also learning to grow in a hotter more humid climate after moving away from his home country over 5 years ago. Gavin is also an active member of the CLtv & 420 Growers Club community.

READY TO GET MORE FROM YOUR GROW?

We use cookies to optimize our website and our service. No information is sold to third parties.

Where Should We Send It?

No worries, your info is safe with us. We hate spammers and don't sell any info to 3rd party companies.